It’s no doubt that hunting game can be very challenging. Testing enthusiasts’ cunning, wit, and strategy, hunting may require the need for many different pieces of equipment to guarantee success. One of the essentials any self-respecting  hunter should never be without is a trail camera.

Trail cameras are unmanned devices that you can strategically set up to capture images of animals while you’re away. This helps establish their routine and behavior, making it easier for you to come up with a game plan. Now, you might be thinking a trail camera would cost a fortune. We’re here to tell you that’s not always the case. Buy the best trail camera under 100 dollars and get the best bang for your buck with these top picks.

Tracking Down the Best Trail Camera

For any first time buyer, a trail camera can seem like a completely alien device. After all, it looks nothing like a typical camera, so that initial impression might throw you off and have you confused.

If you’re not quite sure how to choose a trail camera and you’re worried you might buy the wrong one, read through these main factors to help you secure a solid choice.

The first thing to consider with the detection circuit is the trigger time. This basically indicates how fast or slow a trail camera reacts after it detects movement. Some trail cameras can take only a fraction of a second, while others take much longer.

The second factor is the recovery time. Faster recovery times mean that the trail camera takes a shorter time to save a captured photo and prep for a second shot.

No flash trail cameras come as either no glow infrared or red glow infrared. The two main distinctions between these cameras and the flash variants is that they do not emit a strong, white light once an image is captured and they save pictures in black and white.

The red glow emits a very faint red light that can only be seen at certain angles, which means you lessen the chances of scaring off animals. The no glow variants don’t emit any light at all and are best for targets that are easily scared off. The only downside is that they tend to take lower quality pictures.

Batteries can differ from model to model, so be sure to figure out your own needs before making a purchase. Some can last for days before a replacement or recharge is necessary, while others can last several months before the need for any sort of battery adjustments. 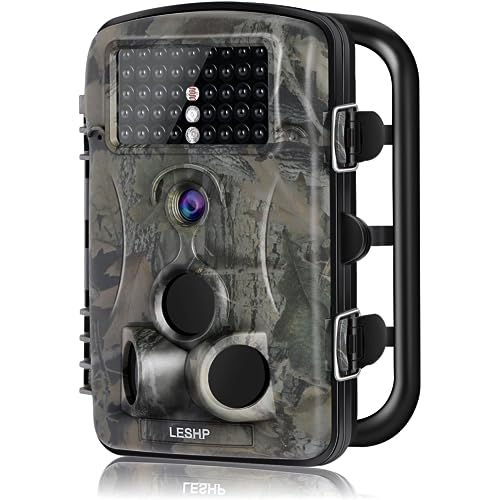 As the best trail camera under 100, the Elepawl Wildlife Game Hunting Trail Camera 12MP 1080p HD No Glow with Time Lapse definitely packs some pretty astounding features. The 12MP 1080p HD camera can capture images and video in precise detail, allowing you to skip the guesswork to really understand what you’re up against.

The trail camera works with a no glow infrared detection system that promises to keep game unaware of the device. It boasts a trigger speed of just 0.2 seconds, capturing even fast moving animals that many other trail cameras would probably miss.

Robust, durable, and with a battery life superior to many other trail cameras on the market, the Elepawl Wildlife Game Hunting Trail Camera 12MP 1080p HD No Glow with Time Lapse is your best bet if you want to get a reliable gadget at a friendly price. 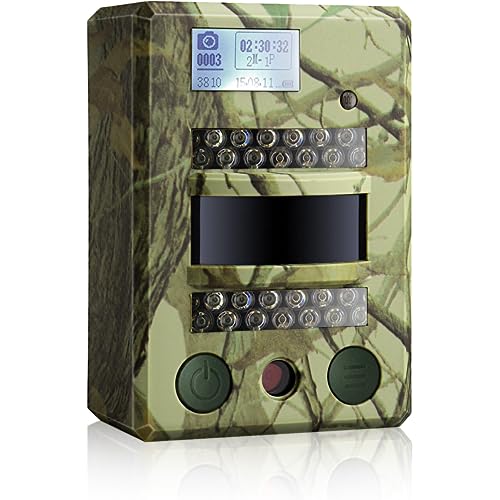 Another top pick for buyers who want nothing short of the best is the LDesign Hunting Trail Camera. This budget trail camera comes equipped with 720p video recording resolution and an 8 MP sensor for images, so you can get reasonably clear images even in low light.

It takes around 0.8 seconds after movement to trigger the camera, which can be programmed to take up to 7 consecutive shots to frame your game for certain. IT also has a 100 degree detection zone, giving you a relatively wide area of coverage so you can monitor animals more effectively.

Straightforward, simple, and effective, the LDesign Hunting Trail Camera doesn’t really have all the fancy bells and whistles, but it gets the job done. For a camera at its price, you can be sure you’re getting a good deal. 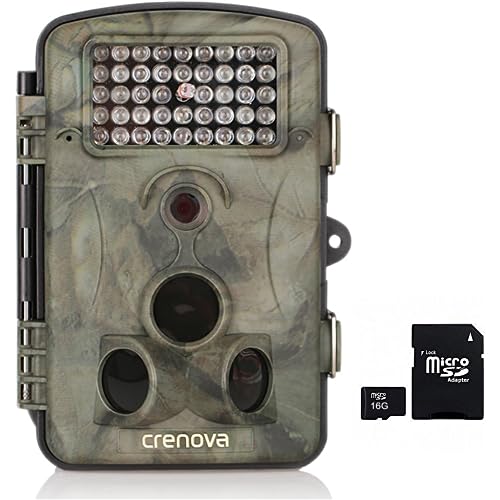 Supporting a number of different pre-sets and setting combinations, the Crenova Game and Trail Camera 12MP 1080p HD With Time Lapse Scouting Camera is the ultimate trail camera for hunters who want to get things done their way.

This camera can be set to take pictures at a number of different times and schedules that you can manually set to get the best results according to what you’ve learned about your game. In terms of resolution, it comes with a 12MP sensor for images and 1080p HD for video recording. It also features an ultra-wide detection zone of 120 degrees to cover a large area for your convenience.

The downside? The Crenova Game and Trail Camera has a trigger time of 1 second, making it one of the slower contenders on the list.