They say that film cameras are a thing of the past, but that’s not actually the case. This seemingly forgotten and obsolete photography technology has quite a large cult following, keeping the outdated practice alive. Film photography is, in its own right, an art form that’s not easy to perfect – especially without all the fancy bells and whistles that make digital photography a relative piece of cake.

Unlike modern photography which relies on how well a photographer knows how to use their camera, film photography outcomes rely heavily on something alien to digital cameras – film. If you’re trying to explore this old yet interesting photography practice, make sure you buy the best 35mm film with help from our comprehensive guide.

How to Choose a Perfect 35mm Film

You’d be surprised how many different types of film you can find these days. The most accessible is the 35mm which is a staple you can buy at any photography store. 35mm films come in a wide variety, and there are some specifics that can make it a bit of a challenge to choose between your options.

What do you need to consider in search of the best 35mm film? We weigh down on the most important factors here.

When you look at color negatives, you’ll see the photos you captured in inverted colors. Developing them is relatively simple, and can be performed in a number of photography centers or at home if you understand the process.

Slower films produce much less grain, but they are less efficient at shooting subjects indoors or in poor lighting. Nonetheless, there isn’t a ‘right’ film speed between the two. Choosing ultimately depends on what you need and where you plan to use your film camera. Otherwise, you can have both speeds in your arsenal to get the best of both worlds.

Consider your specific need and budget before making a choice to ensure that you’re getting the best use out of each exposure in the roll. 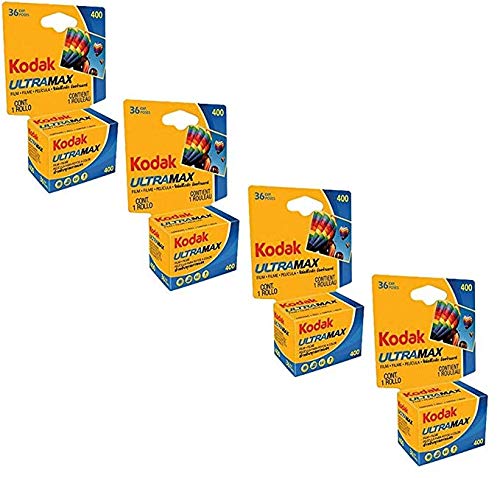 Kodak is quite possibly one of the most popular names in the film camera industry. While lots of other brands have dominated photography with digital releases, Kodak has stayed true to its roots, catering to sentimental photographers who enjoy taking the traditional route.

The Kodak UltraMax 400 Speed 35mm 36 Exposures Film has been rated the best 35mm film on the market for a lot of great reasons. This ultra fast film features an ISO of 400, making it very sensitive to light even in very poorly lit settings.

Affordable, efficient, and reliable, the Kodak UltraMax 400 Film is a great choice if you’re looking for a quality film that won’t set your budget too far back. 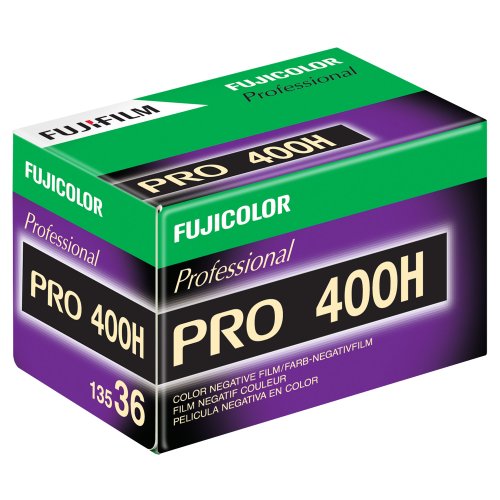 Fujifilm is another brand that has stuck with film photography, still offering some top notch film products while dabbling in the digital photography market. The Fujifilm 16326078 PRO 400H Color Negative 35mm Film is a top choice for a lot of buyers looking for decent 35mm film.

These color negative films have an ISO of 400, making it sensitive to light in dimly lit settings. The films produce very little grain, adding some character to your shots and keeping your pictures true to the film photography aesthetic.

While they’re not quite as cheap as the Kodak films, they work just as well, which makes them a great choice if you’re looking for a substitute for your usual film or a staple for your film camera. 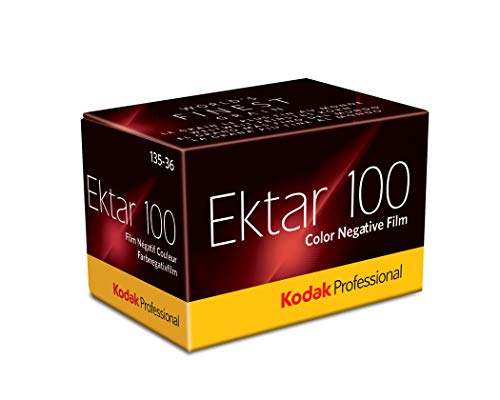 If you want superior quality images out of a film camera, then the Kodak Ektar 100 Professional ISO 100 35mm 36 Exposures Color Negative Film should be your choice of film. This high end film offers superior sharpness and ultra-vivid color to give life to your film photographs.

The color negative films can be enlarged substantially, allowing you to print much larger versions of your shots compared to other films on the market. They also produce less grain despite having a lower ISO rating than most modern films available.

The trade off with these films is that they can manifest too much contrast in certain settings which may be against some users’ preferences. 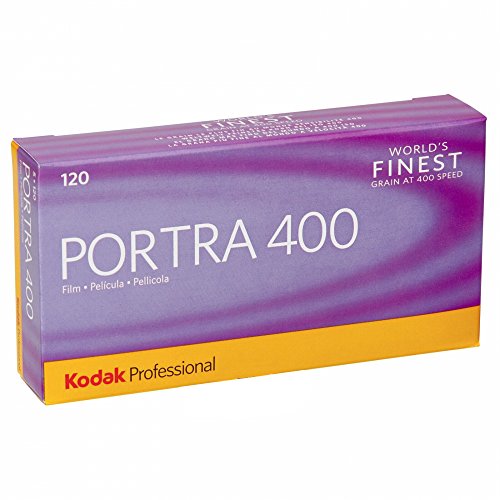 For a film that is forgiving in terms of exposure latitude, check out the Kodak Portra 400. When adequately exposed, this film gives you a dynamic range, making it perfect for photographers who love shooting in natural lighting. In fact, you’ll be particularly blown away by the details of landscapes and even skin tone.

Similar to the Fujifilm 16326078 PRO, this film also delivers beautiful images even in low-light settings. Your photos will end with a bit of grain, giving them a creative and vintage feel. Known for its warm tones and medium contrast, the Kodak Portra 400 is the ideal choice for portrait photography.

One of this film’s best selling features is its ease of use and versatility. Regardless if you are a novice photographer or a long-time professional, shooting with this film is almost effortless. Each package comes with five rolls, so you’ll have plenty of chances to capture your best shots.

The Kodak Portra 400 is a good choice for scanning. Plus, you will love that it has an amazing enlargement capability. With this, you can easily print larger versions of your shots without compromising image quality.

However, along these good qualities comes a price that may be leaning on the more expensive side. Other than that, there’s no doubt that you will get excellent results from this film. 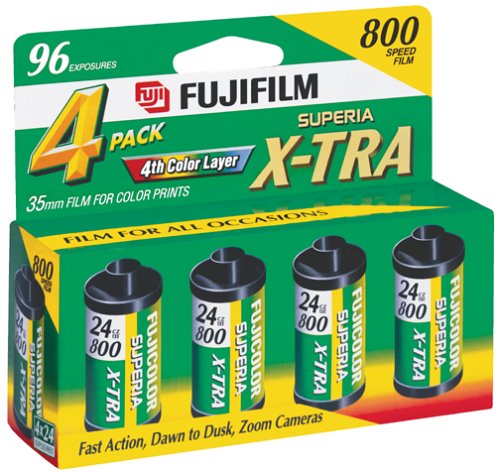 There are a lot of reasons to love the Fujifilm Superia 800. For instance, it is a daylight-type, high-speed color negative film with a nominal film speed of ISO 800. If those aren’t enough to lure you in, we don’t know what will.

The Superia 800 is well-loved by photographers because of its capacity to function even at high speeds. Despite this, you can still expect it to deliver a good grey balance. As such, a lot of camera enthusiasts recommend this when shooting street and portrait photos.

Paired with its vibrant colors, the slight but discreet grain will give your images that authentic touch. You will also be amazed at how it maintains its sharpness and excellent color rendering, even down to the tiniest details.

With the Superia 800, it will be way easier to achieve beautiful photos regardless of the setting. Use it to capture the magic of date nights over candlelight, get-togethers at a dance club, or a party at a jazz bar.

The 35mm focal length is a favorite among photographers who do portrait, street, landscape, and wedding photography. It is one of the most adaptable focal lengths available for your lens.

Depending on who you ask, 35mm is the focal length that nearly matches the human eye’s field of view. As such, it gives your audience a sense of immersion, which is one of the reasons why 35mm is so popular in cinema and video. It is a vista that many of your image visitors will recognize.

In cinema, telephoto lenses are used to isolate and focus the subject better. These 35mm lenses are generally devoid of distortion. They are broad enough to capture a scene and near enough for a classic portrait.

A 35mm lens can be used for nature portraiture, headshots, landscapes, regular portraits, street photography, and so on. Unlike other telephoto choices and probably all other alternatives, you can use the 35mm in practically any setting,.

According to Kodak, the increased demand for the Portra 400 is the reason for its price hike. Significant financial investment has been necessary to expand production capacity. As such, Kodak was forced to execute this price hike because it was unable to sustain the additional costs associated with it.

Outdoor and strong light photographs benefit from ISO 200 film speeds. Given the slower film, exposures will require more light. It can result in dark or fuzzy photos if there is not enough light. It is also best for bright scenery and inanimate things.

On the other hand, the ISO 400 film speed is a fantastic all-purpose film. With it, you can shoot photographs of moving subjects without a lot of lighting. This film’s adaptability makes it perfect for shooting in open vistas or indoors.

Depending on your preference and need for your shoot, you can choose among the two. Each one offers benefits that cater to varying conditions.

Yes, Kodak still makes 35mm films. However, its availability depends on where the company is distributing.

Yes, 35mm films do expire. If you check the side of the yellow box, you will notice that it has a date printed on it. This date is its expiration date.

Every major film company includes this date on the back of all of their film packages. This is to inform its users when they can develop their film without fear of getting poor results from it.

Everybody loves beautifully shot photos, regardless of whether you are a newbie or an experienced photographer. To achieve this, you will need the best 35mm films.

If you ask us, the Kodak UltraMax Exposures Film takes the number one spot on this list. This is because of its incredible color and contrast balance, versatility, and enlargement capacity.

However, if you are looking for a more affordable option, you can go for the Kodak UltraMax Exposures Film instead. You’ll love it for its flexibility and accessibility to different kinds of situations

Best Point and Shoot Cameras Under $200